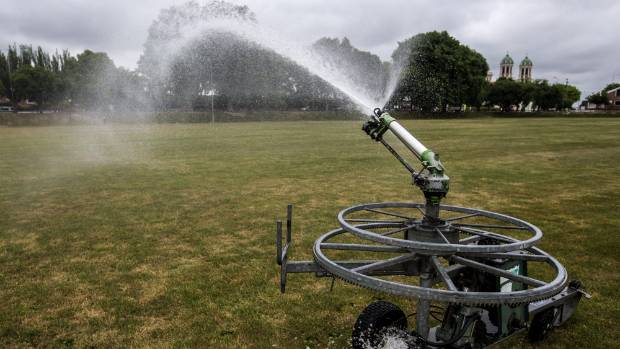 The front page article in the Timaru Herald on 7th December includes a comment relating to the Opuha Dam that I would like to clarify with you as I believe it is misleading and actually inaccurate.

You can access the article via this link: https://www.stuff.co.nz/timaru-herald/news/99578357/gardeners-in-south-canterbury-urged-to-conserve-water-farmers-urged-to-plan-ahead

I refer to the paragraph that says “However at Lake Opuha Dam, the water level was 391 metres, still well above the 375m level when restrictions kick in” This comment was not part of the written statement I provided to the Herald and has been composed by the Herald reporter. I am concerned it portrays a level of ‘comfort’ that does not exist as far as I am concerned.

The statement is referring to the original conditions within the current Opihi River Regional Plan (ORRP) and in our consents but does not reflect the way we would manage any restrictions (or the way we did in the two drought seasons of 2014/15 and 2015/16). We have an established process now that involves OEFRAG and ECan that enables much earlier intervention to impose moderate restrictions on irrigation and/or river flows if it is determined that there is significant risk of running out of stored water in the lake. As my written statement described (and presented in the article), the lake is at a good position but we are concerned about the pending dry conditions. We are evaluating the situation on a daily basis and I will be liaising closely with the OWL Board and OEFRAG on the outlook and whether there is a need to consider any level of restriction.  We are currently releasing an almost unprecedented amount of water for this time of the year which will have a fairly significant impact on the storage level if it was to continue. All the irrigation schemes are running at very high capacity. I have copied a chart below that indicates the impact on lake storage if we were to continue our current rate of consumption and inflows continued to deteriorate at the their current rate. I admit that this would be a near worst case scenario but will only be moderated by decent rain to ease demand and halt the decline of natural river flows.

The main point of my email here is to ensure nobody misinterprets the comment that the Herald has composed in their article (that we are ‘well above when restrictions kick in”)  and advise you all that we appear, at this stage, to be facing a very dry period which might once again test the capacity of our scheme and I would not rule out some level of precautionary restrictions. I would re-iterate Mark Adams comment in the same article that “farmers needed to look at their systems in light of the fact it was going to be dry”.

I had intended to issue a newsletter in the next few days but the article this morning has prompted me to communicate via this email message.

We will update you all on a weekly basis over the next period.