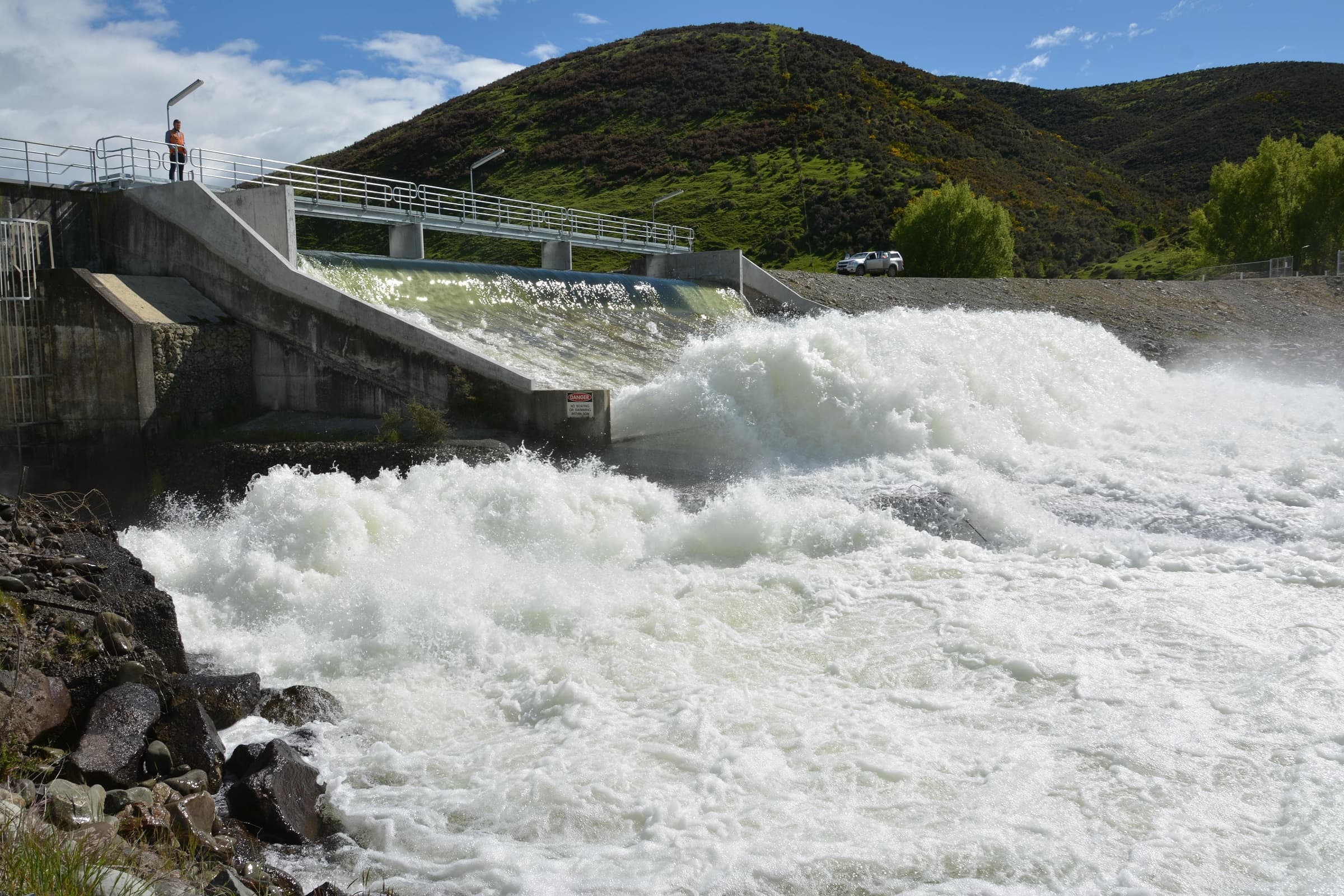 With the current rainfall in the region, we believe the conditions are very good for an effective flushing flow in the river to try and deal with the high didymo and other algal levels in the system at the moment.

We expect that the rain will result in natural flows in the river of at least 30 cumecs by Friday morning and we have scheduled a 50 cumec release from the dam for 7am in the morning (Friday 12th January). This ‘pulse’ will travel down the river during the day and we have planned it to arrive at the river mouth for the evening low tide at 7.20pm. Note that the ‘pulse’ will attenuate as it moves down the river and, we expect will likely only see flows below the SH1 bridge increase by 20 cumecs over a 2-3 hour period.

The irrigation schemes have been shut down and we advise anyone with irrigation intakes directly off the river to close down for the day as the river can be expected to be cloudier and contain higher levels of natural debris than normal.

Anyone who intends to be near the river during the day (or have stock near the river) should be aware that the river flows may change unexpectedly and people should take appropriate precautions.