I expect most of you are aware of the restrictions situation for tomorrow:
North Opuha, South Opuha and Opihi – no restrictions.  I would encourage Sth Opuha to be on as early as possible (midnight would be good!) so we can catch the river while it is up and perhaps avoid the big draw down of the flow if we extend beyond Tuesday midnight with your 24 operation.

Te Ngawai – 50% (swap over?)  Only a small amount of rain Rocky Gully way today so not sure whether the river will hold above 400 by end of the day tomorrow.

For your info – we are doing some dive inspections at the lake tower tomorrow so won’t be running the power station at all during the day. It doesn’t affect our overall operation (or your irrigation) but just explains the bigger ‘chunk’ we’ve taken from the lake today (see below) to fill up the Reg Pond to get us through the whole day tomorrow. 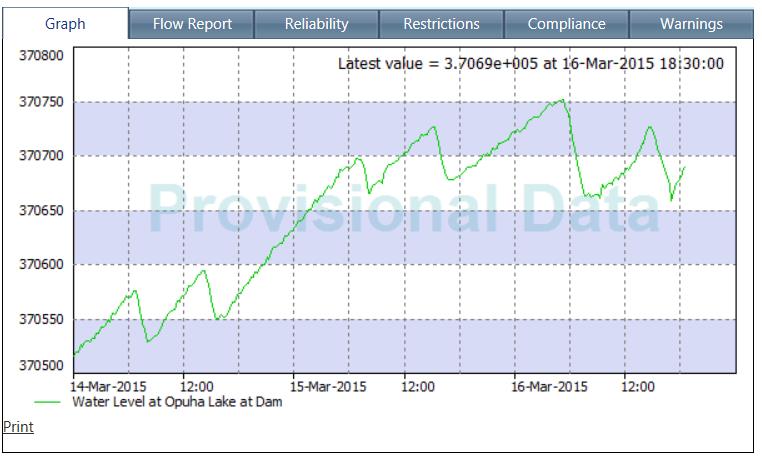