Everything is set for Opihi, Nth Opuha and Sth Opuha to irrigate for 24 hours tomorrow.
Really pleased to see the lake progress today which should provide a good buffer for the next few days. Thanks to Opuha folk for your patience today as I think it will pay off over the next week.
So 24 hours from your start time but no later than 9am. I expect there is a good chance that this might extend for another 24 hours but we will need to see how your tribs hold up for the ECan Restrictions.
South Opuha is probably the most vulnerable – it is quite likely that you may have a day on – day off – day on regime but at least there will be 24 hours blocks for you to be on. Opihi looks to have had a good top up today so that should hold up even with full irrigation.
All Opihi at Rockwood irrigators can move to ‘100%’ as soon as you like (from now). I have the dam releases at absolute minimum and there is still a bit of surplus.

Encouraging to see Te Ngawai lift today to its highest in 3 weeks but still needs a decent nudge to get you guys on.  My intent is to try and maintain all the conditions required so that, as soon as Te Ngawai gets up, you can be on.  I’ll update same time tomorrow. 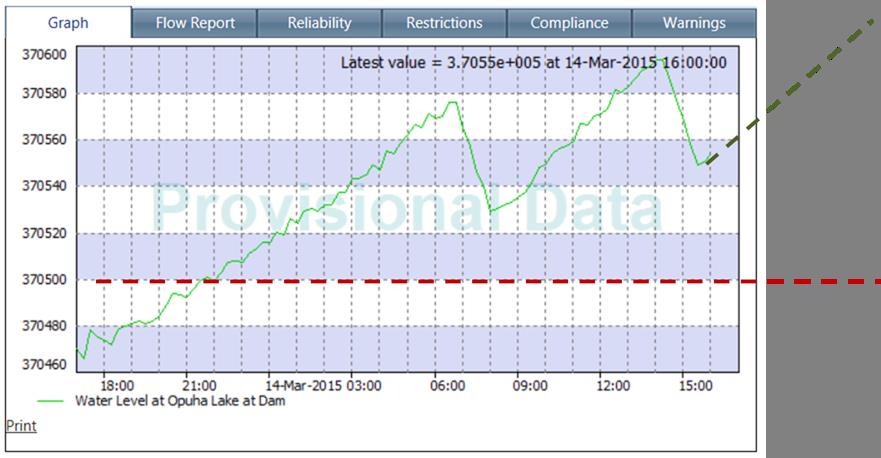