Home > About Us > Lake Level & Recreation

Lake Opuha’s water level can vary significantly due to snow-melt, rainfall and water usage. Use the link below to view the current Lake level:

Lake Opuha is a 700 hectare man-made lake, built with the purpose of acting as an irrigation reservoir.  The lake lies hidden away and sheltered within the Fairlie Basin in the Mackenzie Country, 12km from the township of Fairlie.  As well as fishing, the lake can be used in summer for other recreational activities such as boating, kayaking and water skiing.

Stored Winter and Spring river flow is released in Summer for Irrigation, Stock Watering, Horticulture and Industrial use.  In addition to water storage, the Lake generates electricity by way of a small-scale Hydro 7.5MW Electric Plant which sits on the outlet of the Dam, at the head of the Opuha River Gorge.  The Opuha River then flows south-easterly to join the Opihi River further down stream. 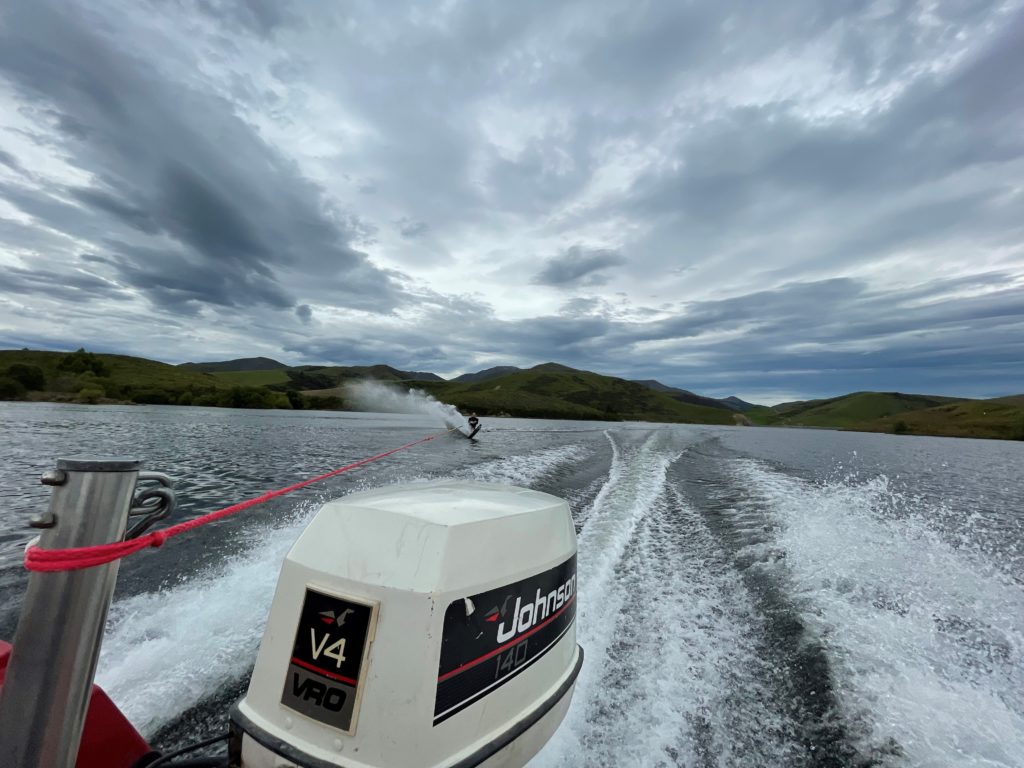 Power Boats are allowed on the lake with two boat ramps (located at both Mackenzie District Council Recreational Reserves on Bennett’s Road in the South, and Hayes Road in the North). A Water Ski Lane is located in the North-East Arm of the lake, which can be used for recreational water skiing. The Mackenzie District Council Recreational reserve (Bennetts Road) is a fantastic sports for swimming. The site is monitored for recreational water quality during the Summer months, details on the water quality can be found here.

There are plenty of spaces for Picnics which are large and well spread out, with a Carpark and Public Toilets available at the Bennetts Road Recreational Reserve. A walking track follows the perimeter of the lake, which provides outstanding views of the Lake with an impressive Mountain backdrop.

Responsible camping is permitted at Lake Opuha at the 3 designated camp areas, however there are restrictions around these including stay limits and no camping dates. We recommend viewing Mackenzie District Council’s website for up to date information regarding this.

How to get there? Turn off SH79 heading out of Fairlie and follow Clayton Road, a long straight tar-sealed road, towards Lake Opuha. There are three main entry points: Bennett’s Road, Opuha Gorge Road and Hays Road.